Alzheimer’s Speaks: One woman’s fight to break the stigma 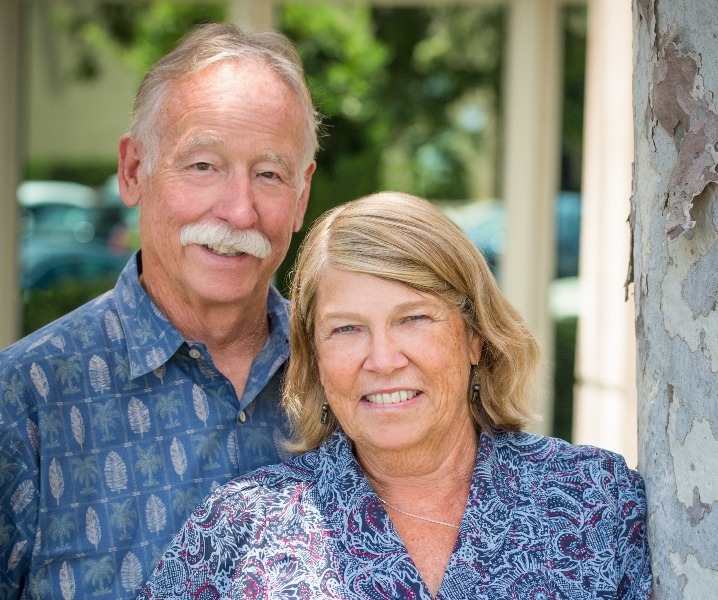 Deborah Gould, 70, has Alzheimer’s disease – and she wants everyone to know about it.

She was diagnosed in 2016, a fact she shares as plainly as she would the day of the week. To some, her candor could be jarring. After all, Alzheimer’s is a disease many struggle to discuss openly.

But Deborah wants you to talk about it, and to start by looking her in the eye.

“If you have Alzheimer’s, everyone thinks you don’t even know the difference between night and day, and they don’t look at you in the eye,” she explains. “I have beautiful blue eyes! In any communication, there’s eye contact. I don’t have that.”

Deborah is tired of being discussed in whispers. She is completely aware of the changes happening inside her brain at this very moment. As she lists her top pet peeves of how people react when they find out she has Alzheimer’s, it’s clear her personality hasn’t dimmed. She’s bright, defiant and direct as she says she’s tired of being talked at, rather than being talked to; of her friends who have stopped calling; and of no longer experiencing the simple, human joy of eye contact.

Greg Gould, her husband of 46 years, says he noticed an immediate change in how people treated Deborah once her mild cognitive impairment developed into Alzheimer’s.

“If there’s two of us here…they’ll ask me if Debi wants something,” he explains. “Well, she’s sitting right here! You can ask her yourself.”

Over the last year, Alzheimer’s San Diego has been a place of refuge for them. They enrolled in Take Charge, signed up for this year’s Walk4ALZ and are regulars at the early-stage support group. Deborah especially enjoyed Cognitive Stimulation Therapy at Alzheimer’s San Diego, which is a research-proven program designed to improve memory and slow the progress of early dementia.

They know that people’s awkward reactions to the diagnosis come from a place of inexperience rather than malice. So they’re determined to fight the stigma of Alzheimer’s by shining light on their story.

“People who don’t know much about Alzheimer’s – and I have to admit, I used to be one of them…they get so uncomfortable,” Deborah says. “Society needs to be taught more about the disease…to understand that I’m still here.”

Deborah is used to fighting stigmas. 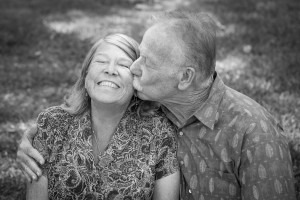 As a child, her teachers told her that college wasn’t an option. What no one knew was that she had dyslexia.

“I was a slow reader, but I also knew I was capable of learning,” she says. “It was my tenacity that made me keep going. How dare they underestimate me?”

She ended up getting her master’s degree and spent 35 years as an educator. San Diego County recently honored her for her work in education – in fact, May 23, 2017 was Deborah Gould Day.

It’s only now, looking back on her many accomplishments, that Deborah gets emotional.

“At the end of my life, to end it the way it started? That’s the one that hurts,” she says. “But I’m not going to go down without a fight.”

Deborah says she’s not normally this emotional, and she knows it’s a symptom of the disease.

“But it’s not a sign of weakness at all. If anything, it’s a sign of recognizing what’s going on,” she explains, drying her eyes.

Friends through it all 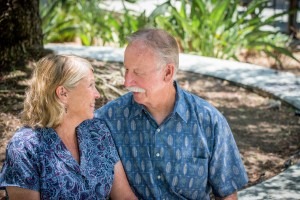 As Deborah wipes away her tears, Greg looks at her tenderly. It’s clear he’s her biggest champion, and has been since they met almost 50
years ago.

“Debi told me something I thought was really poignant…all her life, she set very high goals for herself and met every single one through her hard work, tenacity, and no-one-is-going-to-stop-me attitude,” Greg explains.

Now, she’s no longer setting long-term goals for the future, and is instead focusing on what she can accomplish day-by-day.

Throughout this conversation, Greg doesn’t make a single mention of the toll the disease has taken on him. His focus is on Deborah and how to make her happy every single day, even if she can’t remember the day before. It’s a life lived in moments, without complaint.

When asked what he loves most about Deborah, Greg instantly starts smiling.

“She loves life. She’s my best friend, and I think I’m her best friend, and we pretty much do everything together,” he explains. “We’re not only husband and wife and lovers, we’re friends and have so much fun together.”

With tears in her eyes that have nothing to do with the disease, Deborah responds: “Ditto.”

We can’t provide free programs and services to families like the Goulds without your support. Please donate if you can by clicking here, or calling 858.492.4400.