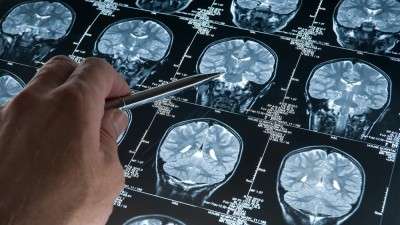 In March, Biogen stopped the testing of a drug called aducanumab, saying the data did not show any significant slowing in the progression of Mild Cognitive Impairment or Alzheimer’s disease. However, the drug company now says new data from a larger pool of patients has demonstrated that aducanumab is effective at reducing cognitive decline.

This experimental drug focuses on reducing a type of protein in the brain called beta-amyloid, which many researchers believe could be the cause of Alzheimer’s disease. Clumps of amyloids are commonly referred to as “plaques” and build up between the neurons in the brains of people with Alzheimer’s.

“This is very exciting, suggesting that removing amyloid from the brain with an antibody can slow disease progression.  The data is complex, coming from two trials that were stopped early based on an assessment of futility,” he explains. “Continued analysis is necessary to fully understand the implications. But there appears to be strong evidence supporting the amyloid hypothesis, and aducanumab may be on a path to approval.”

Dr. Aisen recently appeared on the panel of our annual research forum, Date With A Cure. Hundreds of people attend this free event, which features a Q&A session with top local researchers. We didn’t have time to answer all of the audience questions that morning, but Dr. Aisen has been kind enough to address them now. Keep reading to see his responses.

Q: How would someone who is in a clinical trial know if it’s working?
Dr. Aisen: In trials of drugs aiming to slow disease progression, participants cannot tell if it is working, since progression is a slow and variable process.  It is necessary to wait until the end of the trial to analyze the results and determine whether the drug was effective overall.

Q: How would you know if you have prevented Alzheimer’s in a clinical trial?
Dr. Aisen: A true prevention trial would require many thousands of completely normal participants followed for many years to compare the rate of occurrence of Alzheimer’s in individuals treated with a drug or placebo.  Such a trial is not feasible, unless perhaps it is restricted to people at very high risk.  But a very early treatment trial (sometimes called a secondary prevention trial) enrolls individuals who have evidence of Alzheimer’s (amyloid in brain) but no symptoms, and tracks the rate of subtle cognitive decline across treatment arms.  This is the design of the A4 trial now in progress.

Q: When people are diagnosed at an early age (ie in their 50s), why does the disease progress faster?
Dr. Aisen: Some studies do suggest that early onset sporadic disease may progress faster, though this remains uncertain.  Presumably, early-onset individuals may have a particularly virulent form of the disease (hence the early onset), possibly on a genetic basis.

Q: Please speak to the newly-defined LATE form of dementia. Are there are any local studies?
Dr. Aisen: Limbic-predominant Age-related TDP-43 Encephalopathy, or LATE, is a disease with Alzheimer’s-like symptoms but a different cause.  Accurate diagnosis requires autopsy, so therapeutic trials will be difficult to conduct.

Q: What is understood about women’s risk of dementia, and the role of estrogen?
Dr. Aisen: Women seem to have a higher risk of Alzheimer’s, even apart from longer life-span.  The cause of this increased risk is not known.  One theory involves loss of estrogen activity in brain after menopause, but studies of estrogen replacement therapy have been disappointing.