Alzheimer’s: The Tale of Two Parents 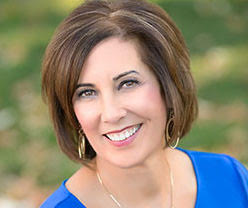 Part 1 of a 3-part series. In this series, you’ll learn about the author’s experience as part of a local Alzheimer’s research study. You can read Part 2 here.

This year I made a lifelong commitment. I agreed to participate in a longitudinal study of Alzheimer’s disease administered by UCSD’s Shiley-Marcos Alzheimer’s Disease Research Center.

Here’s my ‘why’. Both of my parents were diagnosed with Alzheimer’s. Were they destined to have this disease? I’m not sure, but this intense path we’ve been traveling together in the past decade has me curious to learn more.

Their journey with Alzheimer’s began long ago, although they didn’t know it at the time. Both were the youngest in their respective homes, with strong predictors of the disease from the females in their families. My dad’s mother and sister had memory issues, as did my mom’s three sisters and her mother. Not all these women had clinical diagnoses for their condition, but I am convinced they all suffered from the same thing. The men from these two families died from other causes, much earlier than the women so we aren’t sure if they also suffered from the disease.

When I was in high school, one of my grandmothers died at 80 from cancer. She was the first person I knew who had consistent memory problems. At the time, our family simply referred to it as senility. My dad’s mother also had cognitive concerns. Hers were more pronounced, and since she lived to be 94, I saw her more often over the years. She repeated herself incessantly and had concerning wandering bouts where Dad would get a call from some kind stranger who’d found her. At least she could remember her unique last name – helpful in delivering her back to Dad. In her case as well, my parents and their siblings just shrugged it off as age-related memory loss. 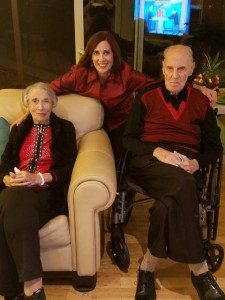 Mom was the youngest in her family and lived about two hours away from her siblings. At the same time as her retirement, her sisters were suffering from the effects of their Alzheimer’s, so she occasionally became a caregiver for each of them, staying two-three weeks at a time. She told us of the visits, but rarely discussed the details. We heard about my aunts’ outbursts, stubbornness, and ‘crazy’ talk. Mom seemed angry and resentful (which I totally understand), but even more than her compassion, I noticed the sense of duty with which she responded. If my parents wondered if they’d be affected by the disease someday, they never mentioned it. All went silent on the Alzheimer’s front…that was until my Dad’s behavior started to change.

Since I only saw my parents every two-three months during their early retirement years, I didn’t really notice any significant changes in my father. But looking back at it now, I see it quite differently. Chalking some of it off to less structure in day-to-day life, the personalities of my parents shifted, albeit subtlety. Dad took an interest in all things war-related, having landed in Normandy during World War II at the innocent age of 19. He started sorting through old photographs, framing some. He brought out his war medals and paraphernalia decorating the upstairs bedroom in a patriotic color scheme with flags, memorabilia and what almost amounted to a shrine for his service time. During this time frame, my brother accompanied our father to the 50th Anniversary of D-Day in 1994, an event he believes may have triggered Dad’s repeated lapses into his war memories.

My conversations with Mom were lengthy and usually consisted of complaints about Dad. His speech, on the other hand, was disjointed. With the stories we’d heard for a lifetime, he seemed to mix up people, places, and things, emphasizing seemingly unrelated details. During this time, Mom became agitated and very unhappy, expressing her desire to move somewhere else. In retrospect, I don’t know if it was strictly for the reasons, she claimed…feeling that the house was too big, the winters too harsh, and feeling less able to walk around the lake. While those were all true, I eventually gathered these complaints were stemming from her husband’s behavioral changes, and she was just scared.

As my folks moved closer to my brother and I, we were able to schedule more frequent visits. However, evident tension now existed between them. Dad’s personality had shifted, and consequently, so had Mom’s. Occasionally, I’d get secret phone calls from her, telling me about some incident with Dad. Initially, they were insignificant complaints. But as time went on, minor irritations escalated into even more worrisome situations involving driving, money, and encounters involving others. The result was Dad’s official diagnosis of Alzheimer’s. Mom’s diagnosis followed a few years later.

I’m surprised that my parents had taken little interest in learning more about the disease that had affected so many in my family. Once I was in the throes of the unpredictable and often painful results of Alzheimer’s with both parents at once, I was committed to learning as much as I could in order to better help them, and cope with my part in it all.  There is such a helpless, hopeless feeling for some on this journey and I am on a mission to learn, educate, and communicate with my sons and others should this become a factor in another family member’s life.

That mission started with the step of seeking out a support group in order to improve my understanding of the disease, my effectiveness in communication with my parents, and my interaction with other caregivers who knew how I felt. Finding an Alzheimer’s Support Group in Rancho Bernardo, led me to Alzheimer’s San Diego – and, eventually, to enrolling in UCSD’s clinical trial. Now, once a year, for the rest of my life, my memory and cognition skills will be tested. A spinal tap will draw precious samples of cerebrospinal fluid. And, hopefully, I will have contributed in finding a cure.

Alzheimer’s San Diego is here for you if you want to learn more about this topic, and to support anyone impacted by dementia. Get connected by calling 858.492.4400 or emailing info@alzsd.org. To see our upcoming classes and workshops, click here.

In the next part of this 3-part series, the author will take you inside this clinical trial and explain what it’s like to participate in Alzheimer’s research.