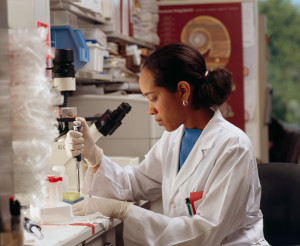 The seaweed-based drug, called Oligomannate made headlines for being approved in China as an experimental treatment in Alzheimer’s disease, prompting questions from clients here at Alzheimer’s San Diego. The company developing it says it is also seeking approval to market it abroad, with plans to launch clinical trials in the US and Europe in early 2020. It will be used for the treatment of mild to moderate Alzheimer’s. The drug aims to work by modulating the connection between the brain and the microbiome in the gut, which is a new direction in research.

A Phase Three trial of 818 patients with mild-to-moderate Alzheimer’s disease showed that oligomannate improved cognition by week 4, and positive results were sustained 9 months after treatment. The team behind the new drug said they were inspired to look into seaweed due to the relatively low incidence of Alzheimer’s among people who consume it regularly. The drug is just as effective as acetylcholinesterase inhibitors with fewer side effects.

NeuroEM Therapeutics announced findings from a clinical trial showing a reversal of cognitive impairment in Alzheimer’s disease patients after two months of treatment using wearable head device for in-home treatment. This treatment is not to be confused with Transcranial Magnetic Stimulation, which is offered by Kaizen Brain Center here in San Diego. TMS (like with Kaizen) uses magnetic waves that stimulate brain cells only in the brain’s outer cerebral cortex (in other words, it’s targeted). Transcranial electromagnetic treatment (TEMT) aims to penetrate the entire human brain to break up the toxic proteins, as treatment and prevention. This study used the electromagnetic treatment the same treatment twice daily for 1-hour through a head device. The device has multiple emitters positioned within a head cap that are activated sequentially, with treatments administered in-home by the patient’s caregiver.

Seven of the eight patients responded to treatment with a 4+ point increase in cognitive performance by the end of the 2-month treatment period. TEMT also showed effects on Alzheimer’s markers in blood and the cerebrospinal fluid around the brain. The investigators indicated they have strong evidence that TEMT is directly affecting the Alzheimer’s disease process by easily penetrating the brain and brain cells to break up aggregates of A-beta and tau. NeuroEM Therapeutics is planning to begin the recruitment of approximately 150 mild/moderate AD subjects later this year for treatment with the MemorEMTM device.

Brain immune cells, microglia, may offer a new treatment target. Brain scans of people with dementia show how microglia become more active and visible after tau tangles begin to form. Eliminating microglia in mice also reduced tau-related damage. Normally, tau is naturally occuring in the human brain, but too much tau is toxic. The recent research is showing that while microglia typically helps clear out toxicity in the brain, it can also cause damage to neighboring neurons as it’s trying to clear out the toxic element. In this particular study, mice were given a supplement that clears microglia in their brains. In comparison to controls, the mice who did NOT receive the supplement showed severe brain shrinkage. Further studies demonstrated that APOE4 triggered the presence of greater microglia.

Bill Gates recently posted in his blog about common challenges in Alzheimer’s research, and proposals to overcome these challenges and better promote clinical trials to find a cure. Read the piece here.